Stinchcombe Hil, near Dursley, is a small site covering some 0.91 hectares / 2.25 acres, owned by Stinchcombe Hill Recreation Ground Trust. It is a SSSI and sits within the Cotswold AOB. The majority is a plateau at an elevation of some 200m with superb views into the Severn valley (when not obscured by rolling mist and rain) with a large part of it leased to a golf club.

The site is managed by a warden from the Stinchcombe Hill Butterfly trust with a team of volunteers and their objective is to bring the site back to its original state of untreated Cotswold grassland forming an environment favouring orchids, butterflies and sky larks. This is an uphill struggle because lack of resources has allowed extensive encroachment of trees and shrubs. 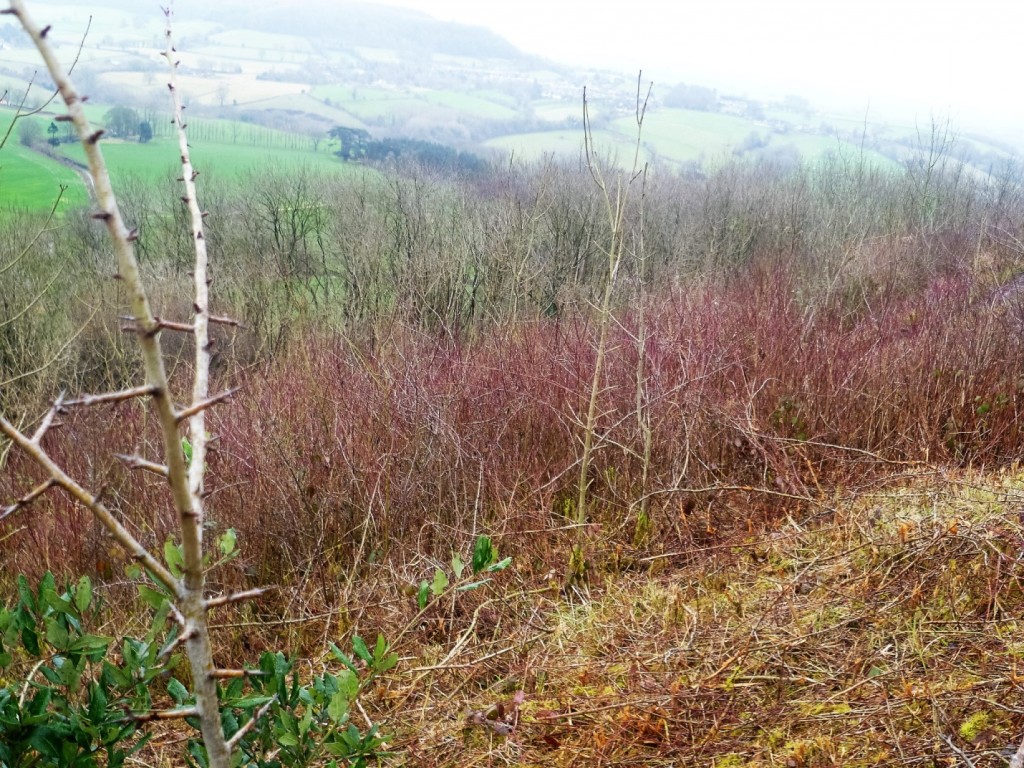 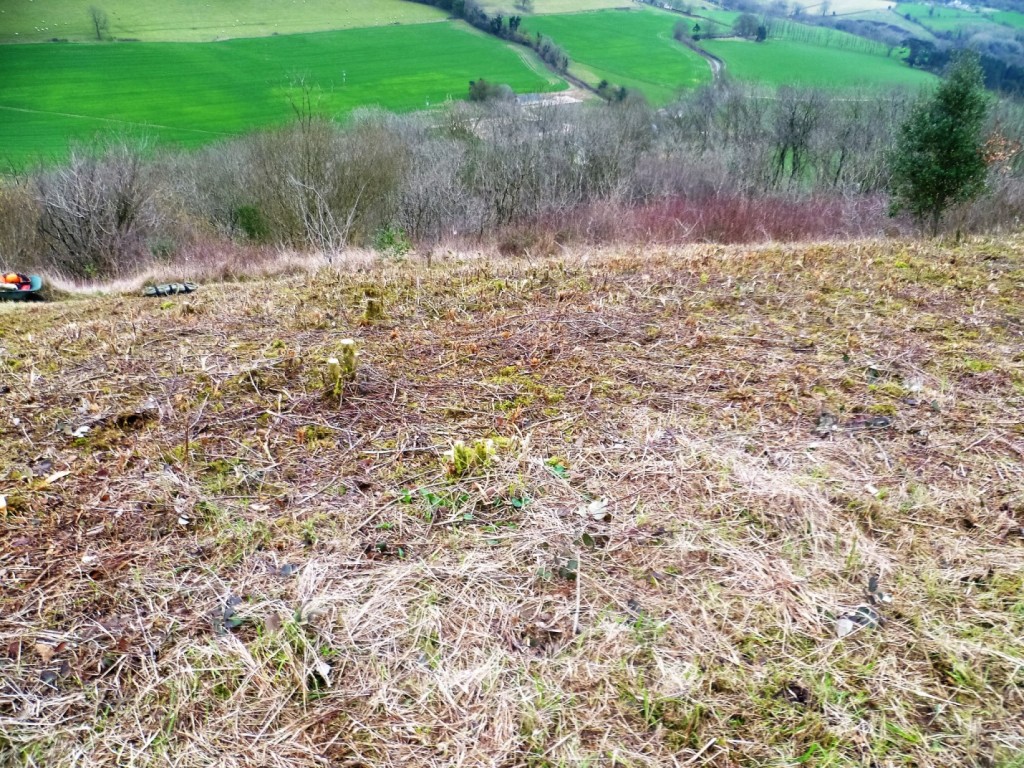 Our task on Sunday was to progress the clearance of the scrub etc on the Western slope having first to gather up and burn the brash left behind by a contractor who had been employed to machine cut part of the slope. We were somewhat surprised to see that the slope had been left covered with shredded stumps six inches high above ground – our normal practice being to take everything down to ground level (except large diameter stumps to be later re-cut and treated with herbicide) 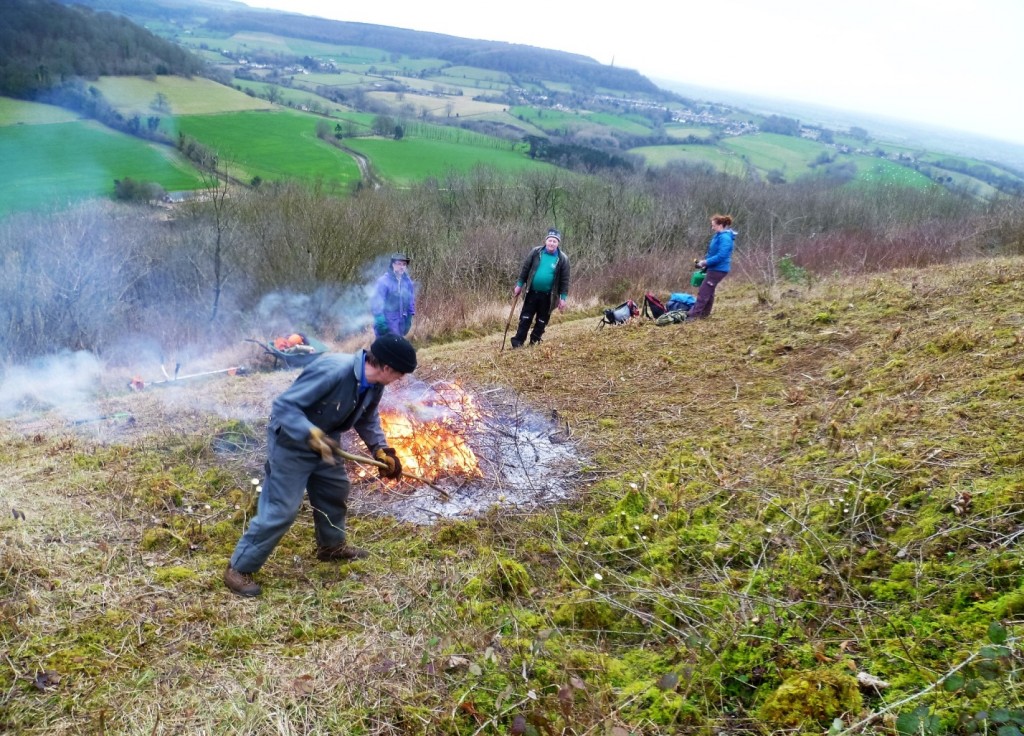 During the lunch break conversation turned to butterflies, the focus for all of our efforts that day and especially to their dramatic decline in their numbers and distribution, particularly referring to the Duke of Burgundy. Reports state that the incidence of butterflies in Britain has declined by 70% over the last 40 years due mainly to habitat depredation.

In the countryside this is due to the action of farmers aggressive spraying and planting genetically modified crops which are resistant to weeds (weeds being the food source for most butterflies). Economics have dictated that cultivation of fertile soil has become more intense, leaving no untilled margins to the fields and also conversely by not cultivating unprofitable (ie no CAP subsidy given) land allowing poor pasture to be abandoned and overgrown with scrub etc.

Decline in Urban areas is even greater than in countryside due to building on urban green space, the loss of surprisingly wildlife-rich brownfield sites, council cuts, the neglect of parks and pesticide-wielding gardeners who have turned lawns and flower beds into driveways and patios. 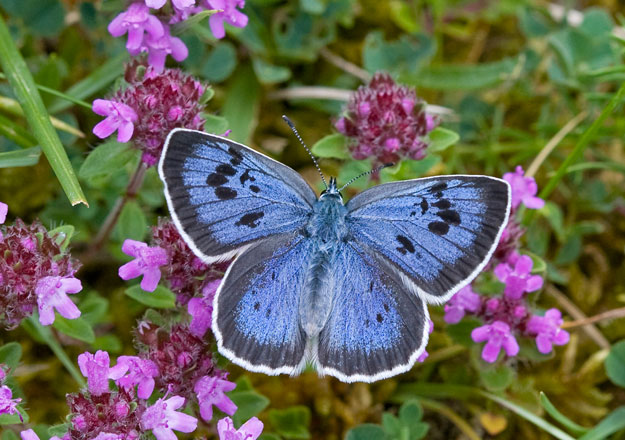 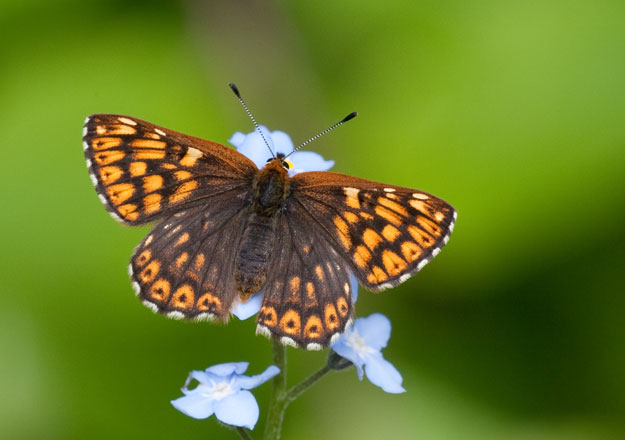 The good news is that large scale conservation projects (that’s us folks) are producing some recovery eg Duke of Burgundy, Dingy Skipper and Heath Fritillary and the Large Blue has been re-introduced and is now spreading. 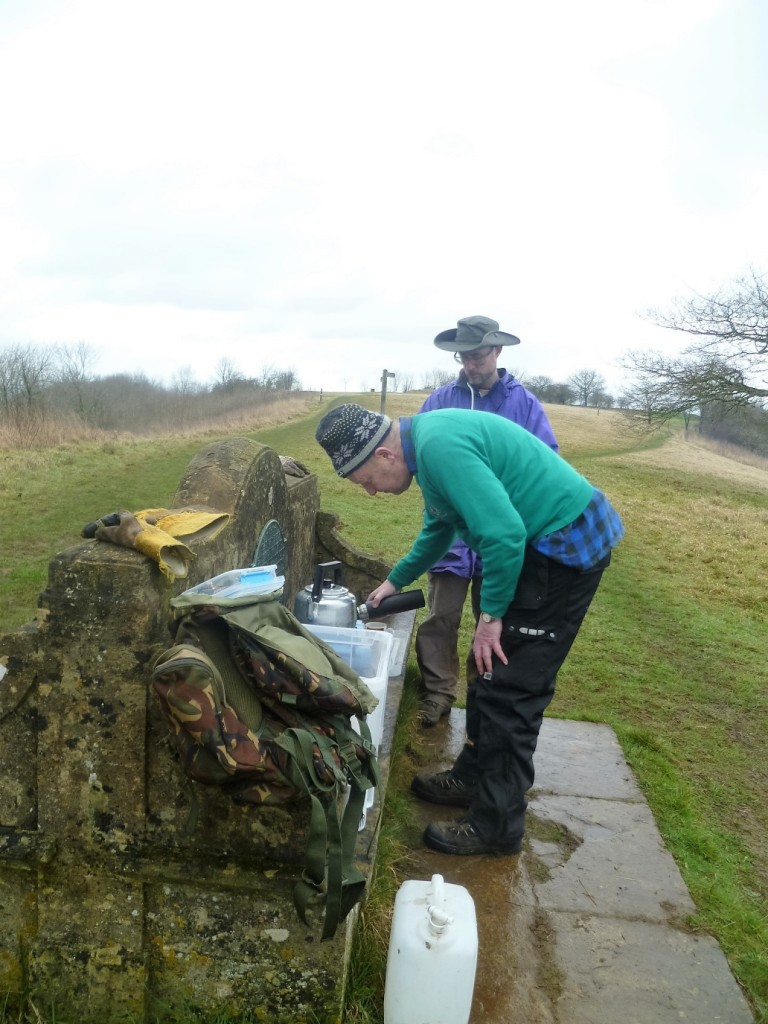 MOST IMPORTANT TASK OF THE DAY – MAKING THE TEA

The second main influence on butterfly population is global warming. On the one hand the warmer weather is allowing species to spread further northwards and some summer migrants like the Red Admiral are now overwintering here and producing UK resident populations. Some species are now producing two broods each year (though this puts pressure on habitat and food sources). On the other hand the Exceptional Weather Events which come with global warming are having huge effects on butterflies, not yet fully appreciated. Certainly warm spells in the winter cause butterflies and larvae to emerge too early and to be then killed by following frosts. The Big Butterfly Count in 2016 was dramatically down following the exceptionally warm winter of 2015. Many species are sensitive to events such as heat waves, heavy rainfall and droughts. The Ringlet population crashes after every drought.

This is not just a British problem, it is worldwide. He most common butterfly in USA is the Monarch, in their overwintering groves there were once so many Monarchs that the sound of their wings was described as a rippling stream or a summer rain. In 2016 they recorded a 68% reduction in 22 years and in 2017 the count was down 30% down again Spraying and genetic modification of crops to eradicate Milkweed, food of the Monarch is generally considered to be the cause.

In Europe grassland butterflies declined by 50% between 1990 and 2011 due, it is thought, to Intensifying agriculture and abandoned land. The Europeans are pinning their hopes on legislation to force positive action by the farmers. I think the appropriate expression is something about a snowballs chance in Hell.