The restoration of this section of the canal by the Cotswold Canal Trust is much delayed by the need to raise substantial finance to repair the Sapperton Tunnel, which has collapsed in a number of places, one collapse completely blocking the canal 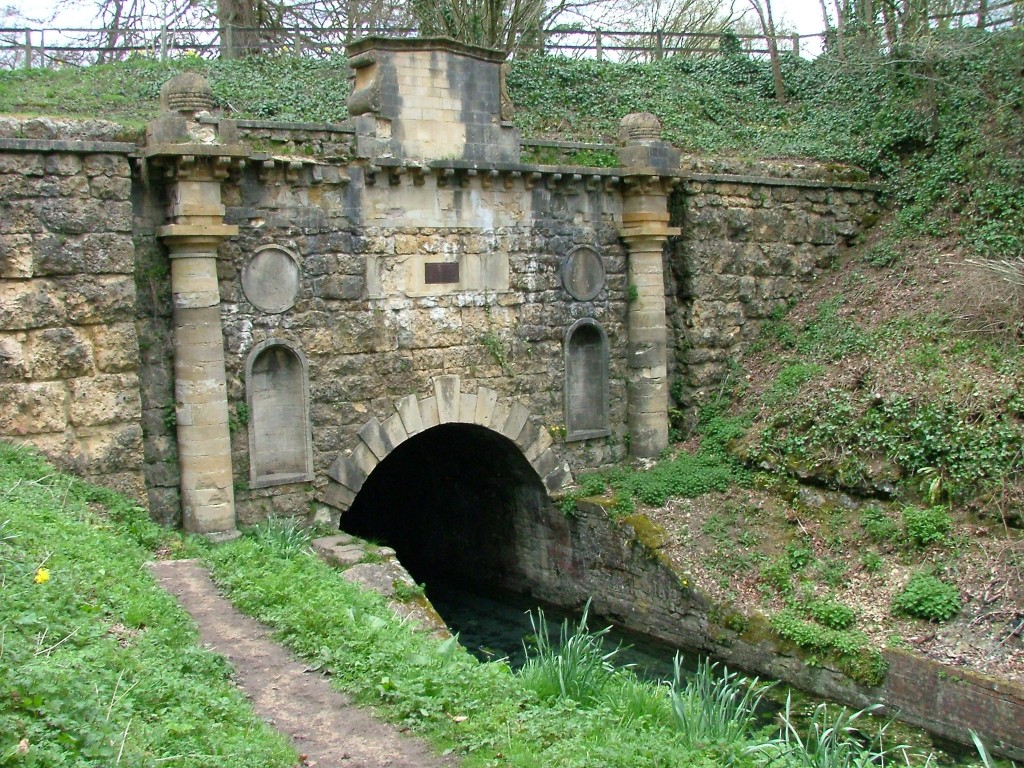 Southern portal of the Sapperton tunnel at Coates.

In the meantime the Trust are making all efforts to stop further degrading of the canal and to improve its current state wherever possible. In terms of what is feasable by small groups of volunteers this means keeping the bed of the canal clear by strimming, similarly clearing the earth banks of the canal including removing small trees etc whose roots are applying pressure to the canal walls, and maintaining the towpath which is well used by walkers. All of these ongoing tasks GVCV have assisted with a number of times.

The good news is that we have almost caught up with works needed after many years of neglect in terms of the canal bed and the South bank. This level of restoration now just needs to be maintained. The next target however is the North bank, which has been untouched for many a long year and which contains a number of significant trees to be removed. It’s good to have a challenge to look forward to.

Our task on Sunday was the continuation of the works in the canal bed and on the South bank. The adventure element here was that the bank is very steep, ending in a vertical drop into the canal, so the work was carried out swinging on a harness attached to a rope anchored to a convenient tree further up the bank. Strimming is a strenuous task at the best of times but combined with acrobatics it is a VERY strenuous task. Fortunately the site warden has been doing this for a number of years and is particular about the necessary safety precautions but to beginners like us it certainly resulted in a raised pulse rate.