The Thames and Severn Canal, built in 1789, goes through Coates.  The canal once joined with the Stroudwater Navigation (west of Stroud) to provide a link from the river Severn to the river Thames (at Lechlade).

The Sapperton tunnel (3,817 yards long) was the longest tunnel in the country when it was opened (and still ranks 3rd longest). There is no towpath through the tunnel. The boatmen had to lie on their back on the deck, brace their feet against the tunnel roof, and “walk” the boat through the tunnel, a process called “legging” (2.2 miles remember) 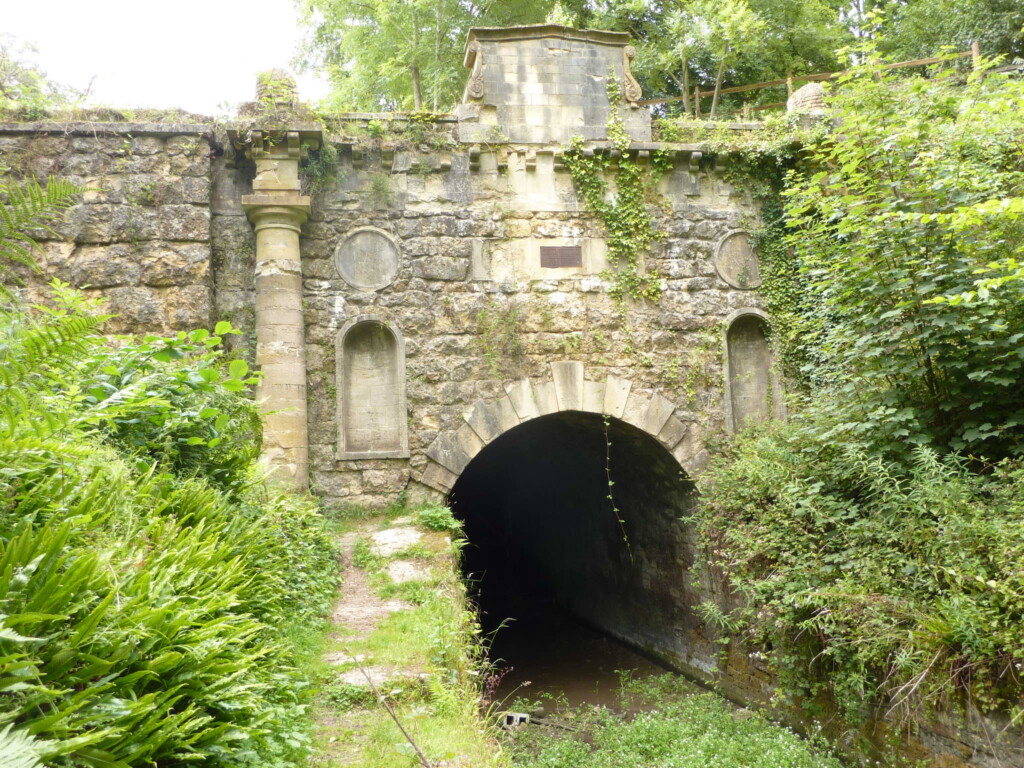 The Coates Portal to the Sapperton Tunnel

The canal was formally abandoned by an Act of Parliament in 1954 and gradually became derelict. Today the tunnel remains impassable, as it has done since around 1916, due to numerous roof falls.

The Cotswold Canals Trust aims to restore the canal as a fully-navigable route from the River Severn to the River Thames. They been awarded grants of National Lottery Heritage money to restore various sections. The Phase 3 restoration section runs between Brimscombe Port, near Stroud, and Gateway Bridge in the Cotswold Water Park, some 16 miles, includes the challenge of the Sapperton tunnel. Work is expected to be completed by the end of 2023.

When finished it should allow boats to travel from Stonehouse and Stroud to Saul Junction by joining the Stroudwater Navigation to the Gloucester and Sharpness Canal. 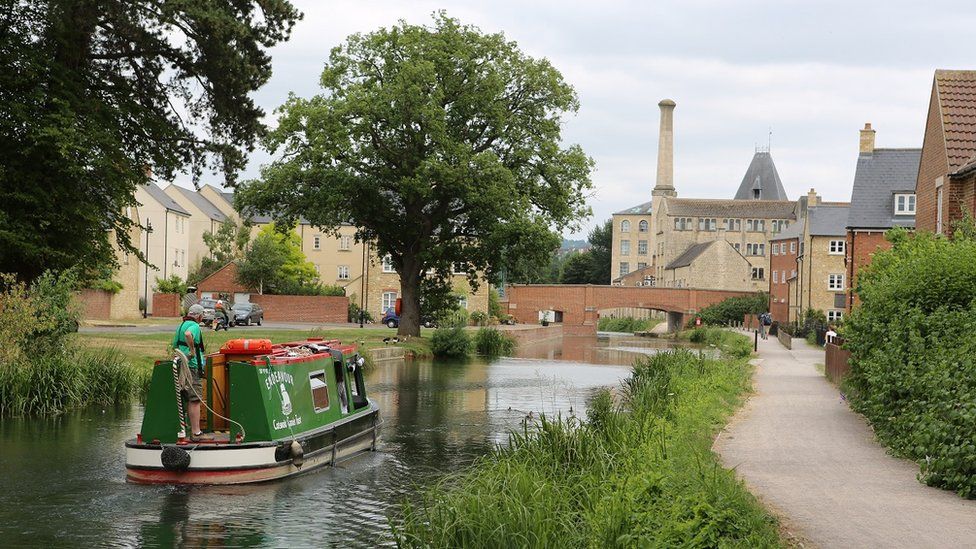 The project will bring a range of benefits to the local area. The canal corridor will help increase biodiversity by reconnecting previously fragmented habitats, including wetlands, ditches, scrubland and hedgerows. The variety of habitats that will be created or restored will become one of the UK’s largest biodiversity offsetting projects. Gloucestershire Wildlife Trust will be helping to check the environmental quality of the work in the later stages.

It’s anticipated that the project will attract an extra 250,000 visitors to the area, who will inevitably gain from the health and wellbeing benefits of being by water. This is a belief that is firmly at the heart of both the Canal & River Trust and the CCT.

There is also a national significance to Cotswold Canals Connected. It’s a key part of a much larger project to reconnect the River Severn to the River Thames via a green and blue corridor. New walking and cycling routes along towpaths will allow people to get closer to water. The routes will flow through over 30 hectares of new protected habitats, providing a beautiful, safe wildlife corridor that will be one of the biggest in Europe.

Most of the work to date has been carried out by volunteers – some 700,000 man / woman hours so far. Much of this has been standstill maintenance, removing encroaching vegetation from the banks and from the dry canal bed and keeping the towpath clear to encourage the large number of walkers who currently. use it, (possibly followed by lunch in the adjacent Tunnel House Inn, when Covid allows)

GVCV task on 11 July was to continue this standstill maintenance. We worked in conjunction with the Cotswold Canal Trust volunteers under the direction of the Warden responsible for this stretch of the canal. Specifically we were clearing the towpath using brushcutters and removing more substantial growth on the opposite bank using chainsaws. Vital to these operations were the squad clearing away the cut material.

Hard at work with a brushcutter

We were blessed with weather which was just right for working and this was one of the tasks where we could get the satisfaction of looking back and seeing the results of our labour, (Just don’t think about how much still remain 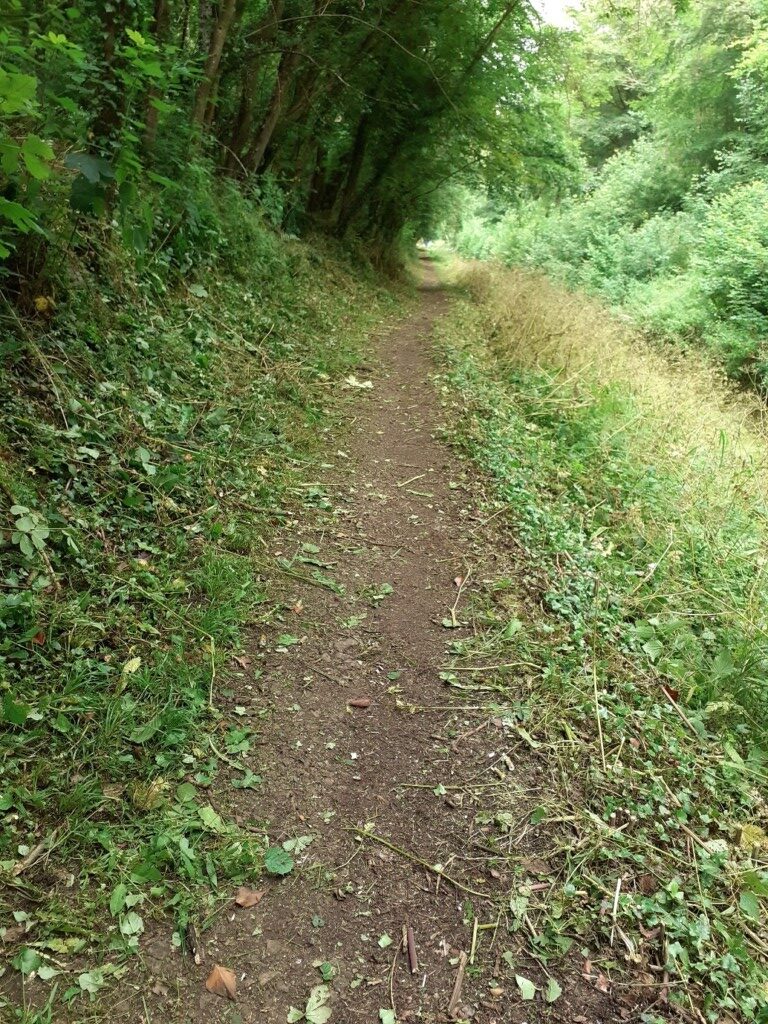 The tow path after the strimmer had been through 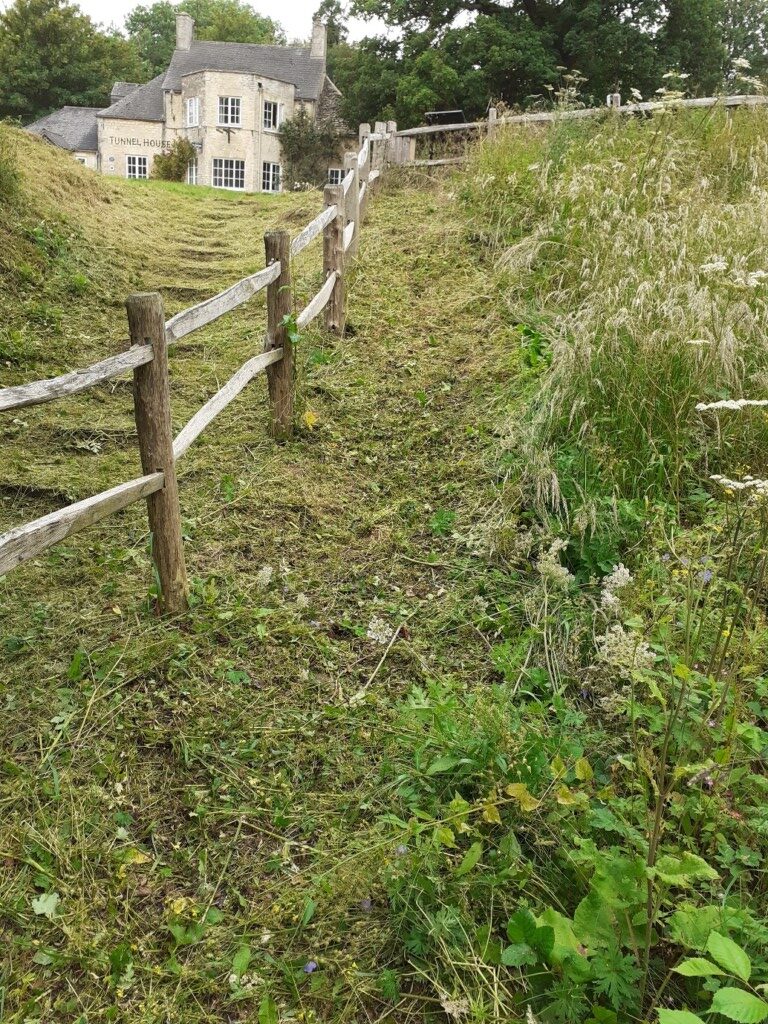 Just start at the edge and work your way in, they said. 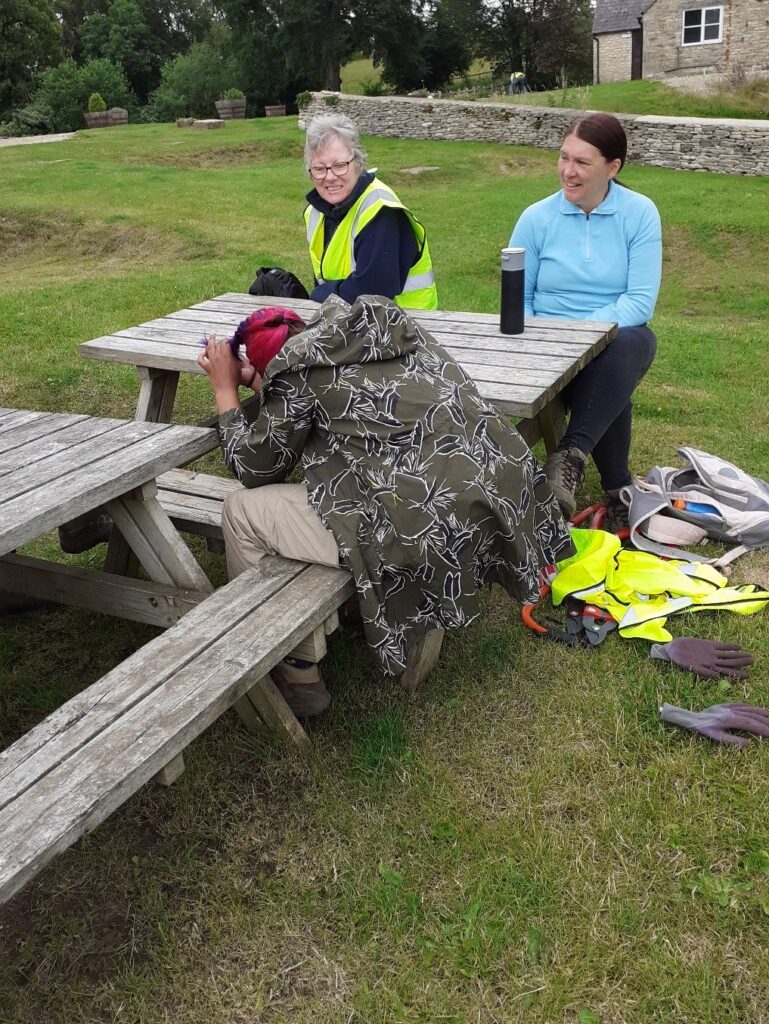