We worked this day on land at Woodmancote which belongs to the Kemerton Estate.

The area was an Ash plantation and fairly recently the ash had been coppiced leaving bare stools. The stools will re-generate but in order to enhance the copse extensive new planting had been added 1 or 2 years ago, The new planting we found was an eclectic mix of Ash, Oak, Beech, Sycamore and Holy. The saplings as we found them had grown to 2 or 4 foot tall (except for the few which had died).

The plantation was completely surrounded with deer fencing and all of the saplings planted were had plastic guards around them as added protection. Deer love browsing on young tree growth, hence the need for protection. In the past the deer had managed to get to the trees because we found some with clear evidence of having been nibbled. The deer are still active, when I inspected the site mid-week a deer led me along the field edge, from the track, past the gate into the copse and continued on into some trees/shrubs beyond. 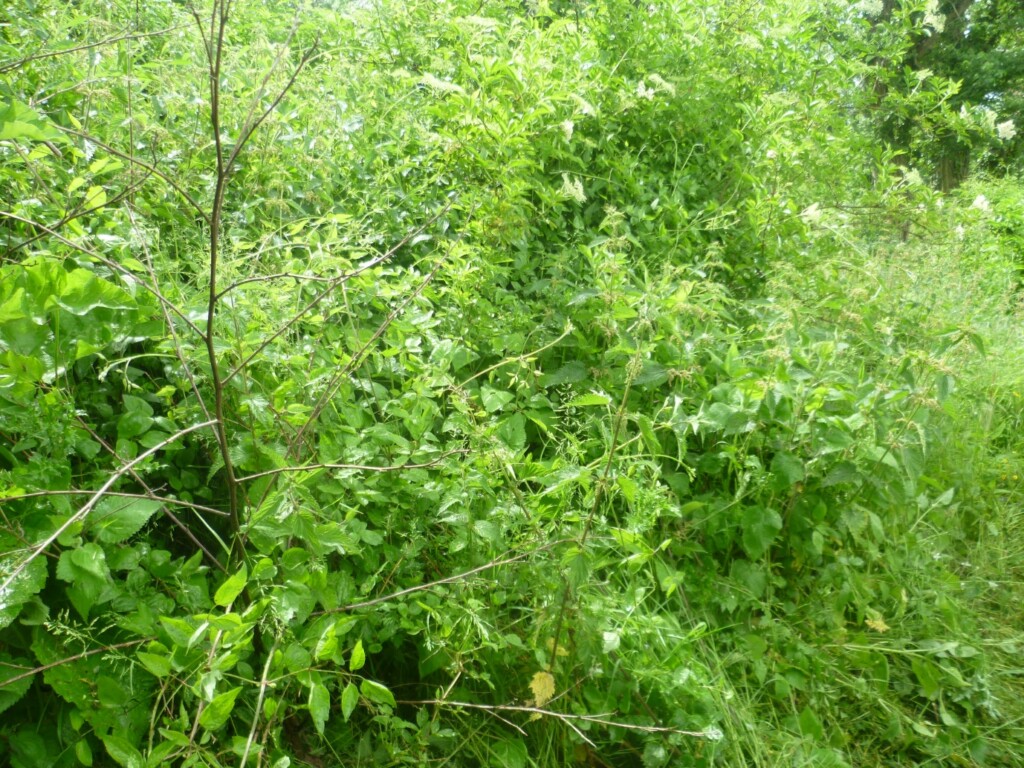 The site as we found it – spot a sapling if you can!

Our allotted task was to halo the saplings i.e. to clear away all of the vegetation around the young saplings so that they did not have to compete for light, moisture and nutrient in the soil, giving them a better chance of surviving to maturity. 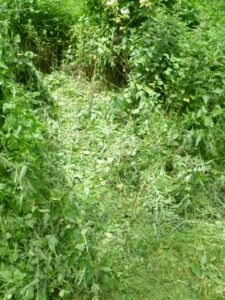 Halo around a sapling inc exploratory track to find it

Our initial difficulty was in locating the new saplings… They stood between 2 and 4 foot tall but they were completely lost in a jungle of grass, nettles and thistles rising to 5 foot tall We had to embark on a game of “hunt the sapling” which involved clearing exploratory pathways through the undergrowth with slashers etc (which are crude control tools) whilst exercising great care not to cut through or damage the saplings, 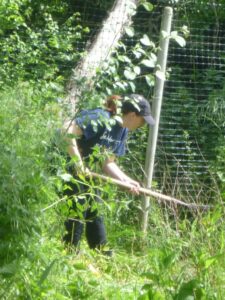 Careful use of the slasher

At the day we had successfully haloed a fair number of saplings though far fewer than we expected to, due to the effort needed to find them. The fact of it being the hottest day of the year so far was another factor. 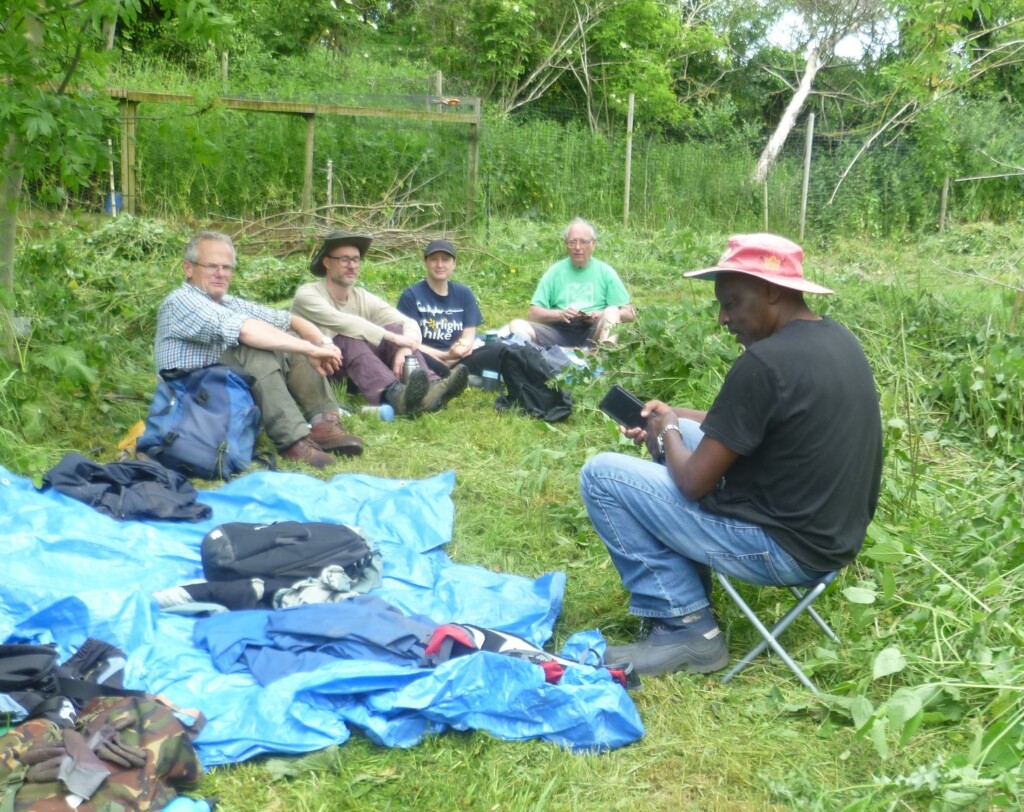 No shade – but a welcome break non the less. Where was Mike when I took this shot ?

We know that there are many more saplings waiting to receive the same treatment and hopefully we will return to the site at some point in the near future to continue the process.